“Just learned that ‘Abracadabra’ comes from Aramaic and means ‘I will create as I speak.’ (one interpretation from a Kabbalist) Have fun today ‘Abracadabra-ing’ !”

Mission of Science:
To gain an understanding of the “natural order” so that we can live in harmony with it. 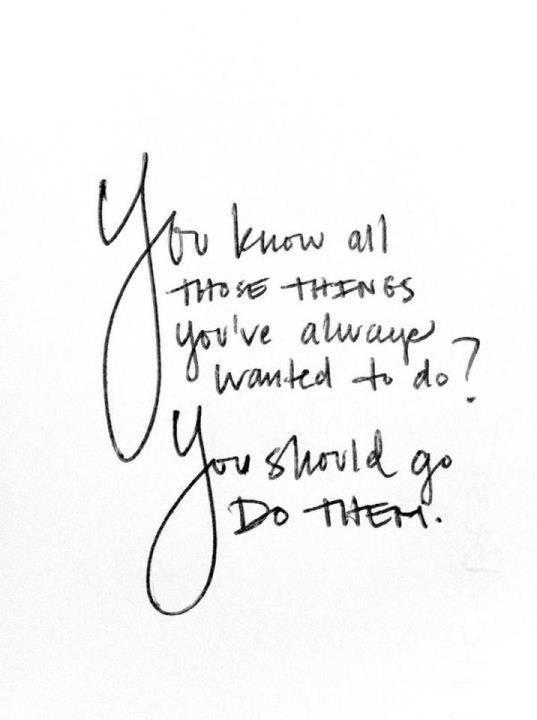 The Top 10 things about time and space, Kristi, that most people seem to forget…

10. You chose to be here and you knew what you were doing.
9. There are no “tests” and you’re not being judged.
8. Everyone’s doing their best, with what they know.
7. You already have whatever you’re looking for.
6. You are of the Divine, pure God, and so is everyone else.
5. Religion needs spirituality; spirituality does not need religion.
4. You’re naturally inclined to succeed – at everything you do.
3. You happen to life, life does not happen to you.
2. Order, healing, and love belie every moment of chaos, pain, and fear.
1. Following your heart is the best way to help others.

The truth shall set you free,
The Universe

And, Kristi… coffee, tea, and chocolate are proof enough that you’re adored from the unseen.

Going Wild with the World 4 – what if we do know?

they call some fields “leading edge”… and when it comes to some of the biology stuff i’m like “WHAT??? you call that leading edge? WHAT???” :D

oh, and one thing
when i started studying it, at one point i thought “I’m glad all the cells etc work even if we don’t know how they do”
and i’ve had that idea with me for quite some time
and now i came to “what if we actually KNOW how it works and direct it all the time, even without consciously knowing it?”
for sure we influence it, whether we know it or not.

Going Wild with the World 3 – waves

what else do i know?

there’s no point in measuring the waves with machines.

what one would better do is to learn to be aware of them, and shape them and use them. you influence them anyway, be more conscious while doing so.

When to let go of a goal

It resonated with me deeply at this point and I feel like I want to keep this post as a reminder available to me all the time, so I just post it here :)

Know When to Fold ‘Em

Knowing when to give up on a goal turns out to be as essential for our happiness and well-being as knowing how to hang in there.

There are two sets of circumstances when you are usually better off moving on:

Remember, the best way to feel good about moving on is to replace the goal that isn’t working for you with one that will.

Kristi, it’s not difficult. It’s easy. Everything is easy.

Time and space aren’t supposed to be your Harvard, they’re your playground.

The life you long for already exists. You’re supernatural. I’m your partner. Together we’ll get there and you can have it all.

Like kindergarten, done up as paradise, at recess, Kristi, and I’ll meet you on the jungle gym…

Growing Up is Coming to Love Yourself, again

The source of inspiration

The ideas here were inspired by a presentation I recently watched, given by Nassim Haramein. He talked about science, physics, “matter” and “vacuum”, geometry. And among other things he also talked about pyramids and old religious texts, where in various religions there are writings about a tetrahedron of exquisite light and power, that has a vortex of cloud above it at day time, and a vortex of light at night. That same thing had allowed people to cross rivers, having the waters part before them, and close right after them. Yet as it is/was just one tetrahedron, it was only half of the whole, it was only part of the power. The question he then rose was something along the lines of what would it take for us to also obtain the other half, to make the whole, for an even greater power?

He also talked about the fractal nature of the Universe, meaning that within a big structure there are smaller structures exactly like the big one.

The above ideas are briefly what inspired me to look at us, humans, both as individual beings as well as a society, a group, a collective, a huge organism, that is made of individual beings, like our bodies are made out of individual cells. So there can be a kind of fractal, analogy, in it. I looked at our past, and present, and where we seem to be going. And I looked at humans being children and then growing.

I recalled how when a little child takes scissors the parents become very attentive. When the child is very young, often the scissors are just taken away from the child. As the child grows, the child is taught to be very careful with the scissors. It is just later – when with some trial and error the parents become sure enough in that the child will not harm him or herself, nor those around the child that the parents start to feel normal or OK while the child has and uses the scissors. I do admit, that I don’t know what the child would do with the scissors, at very very young age and as the child grows, if the parents did allow the child to explore the scissors, without them being way much afraid of what “might” happen while being right there next to the child. Would the child move the scissors around never hurting himself? Or would the child hurt himself a lot? I don’t know. For some reason we seem to go with “better safe than sorry”.. And that may be totally OK as well. However, as I don’t know for sure, I do leave the possibility, that also those little children may have choice in the matter: they really might not hurt themselves. Or, as having free choice, they might…

I saw that humans as a society often are just like little children. What I’m looking at are the powers, the technologies that humans have gained access to. How many of the technologies have at least in part ended up being used in war industries and in wars? And how many have been used to manipulate other people, to harm other people in non-war ways? And how many have remained only to be used for the benefit of ourselves, for all humans around us who wish to use it, and for the benefit of Earth and all the other living and apparently non-living beings and things here on Earth, while keeping in mind that we are a part of nature, and every human being has the right for free will?

I realized how crucial it is to first learn to use the powers one has in a way as not to hurt oneself nor others, and just then one can obtain more powers or tools or skills. Safely. Both to oneself and everything and everyone around one.

The powers we posses and how we use them

We all already possess some powers. And there are probably even more available to us, if we first demonstrate that we can use well the ones that we already have.

For example we have the power of word. When you take a moment and think of all the things that you can do with word, both within you and outside of you – there is a LOT one can do with it. And it has effect. And here is the question: How supportive, loving, kind, generative, creative are you with your words? Both towards yourself, inside you, as well as towards every other being, and thing, outside of you.

Another power most of us have is what we can do using our physical body – taking action. How many of the actions you take are loving, kind, helpful, supportive, generative, creative? Both towards yourself, and towards every being and thing outside of you.

I do see, that sometimes destruction can be just a step towards new growth. Like plants degrade and compost, to become soil again and feed new plants.

I think where I’m heading instead of being opposed to destruction is a question something like “If you really truly unconditionally loved and accepted yourself, would you still do it?” I mean the kind of love that needs no assurance from others, needs to rule nor be better of no-one to know, appreciate, and value oneself. If one is really grounded in the true essence of oneself, would one ever attack oneself or another?

The awareness of these questions, my powers, and how I use them is what I’ll be living with from now on.

with Peace and Love

And then I came across this: